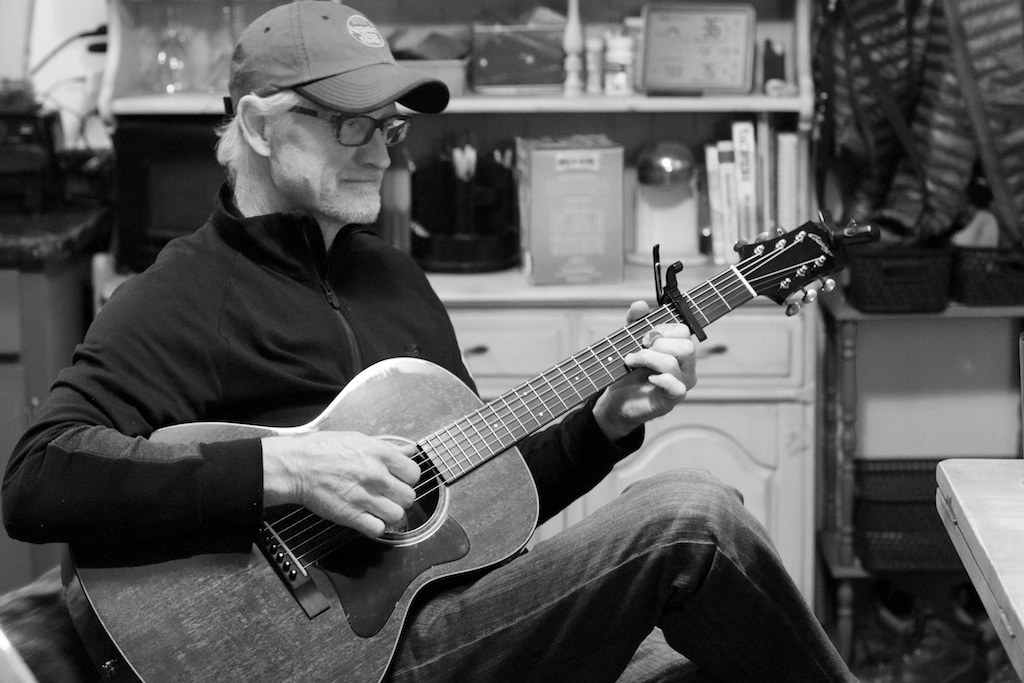 Twice a month now there is local music at THAT Brewery and Pub in Pine with a new open mic night format.

We heard about this in the last podcast with Tamara where she shared how Tom Stenerson, who lives in Pine, was leading the planning for this new local event.

I’ve known Tom for years through his tireless work on the Pine/Strawberry Trail building projects and being part of the Fire on the Rim bike race. I also know he recently retired from a long career as a teacher in Phoenix. But it was not until a night last week when Tom came to my home with his guitar to talk to us about the Open Mic Nights, that he learned to play guitar at the urging of his fifth grade students.

In this new podcast, we hear from Tom about his motivations for organizing Open Mic nights (second and fourth Mondays, 5-8pm at THAT Brewery in Pine) but even better, we get to hear him play and sing.

I still own and sometimes use the guitar I learned to play on at age fifteen (and am still on the long learning path). Playing at an open mic night is on my List of Things to Do in Life. This conversation with Tom, and his encouragement, are all I need to have as a reason to show up for the next on in February.

That would be Monday, February 12 (and then February 26) and you should find Open Mic nights listed on the Pine Events Calendar. Tom says all you need to do is prepare 2-3 songs (about 10 minutes worth), leave your nervousness at home, and show up before 5pm to add your name to the list.

Even if you do not play music or are not quite ready to do so, join the audience for Open Mic nights on second and fourth Monday nights, and of course enjoy some of the nest craft beer in the state.

Thanks Tom and THAT Brewery for offering this among a wide range of other activities for our community. And for your enjoyment, her is the full cover of Jimmy Buffett’s Breathe In, Breathe Out, Move On that Tom played for the opening of this podcast.