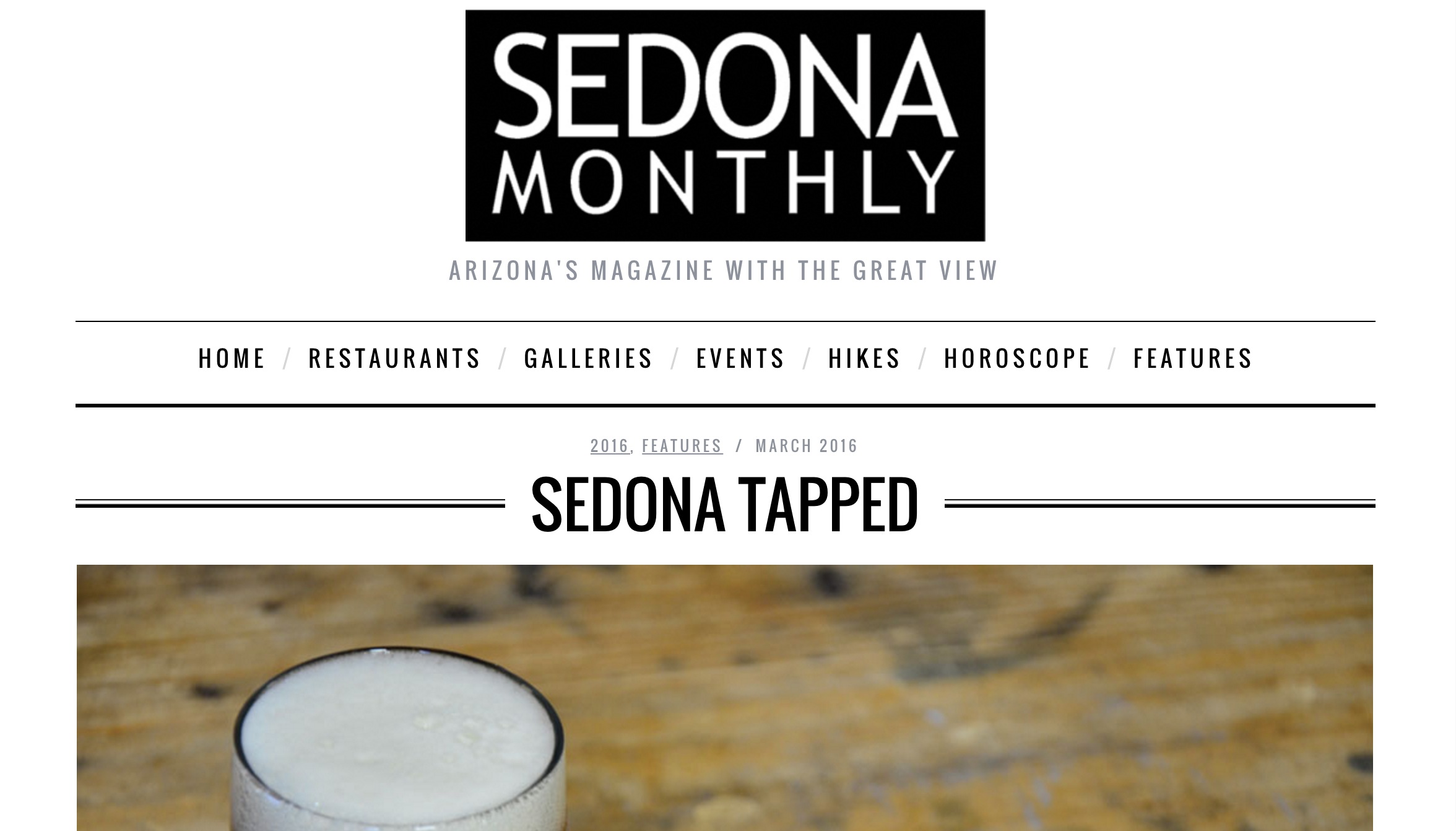 Hey, that’s us featured in the March 2016 issue of Sedona Monthly, in a feature called Sedona Tapped that reviews six craft breweries in the Flagstaff and Verde Valley area.

Flip to page 2 for a coverage of THAT Brewery in Cottonwood:

Beer aficionados will tell you that the best taprooms are often the hardest to find – the supersecret locations tucked away in nondescript industrial parks with rollup doors and concrete-block walls. If you agree, THAT Brewery is the ultimate find. It’s in the back of an industrial park in Cottonwood, far from the hustle and bustle of Old Town. The 5,000-square-foot warehouse serves as THAT’s production facility and taproom. It opened in August 2014.

The taproom in Cottonwood features 10 to 12 beers including the brewery’s six mainstays. It cans and kegs the Arizona Trail Ale and Roadrash IPA, the brewery’s two best-sellers. In the coming months, it will also begin to distribute its Strawberry Blonde. Joey Steiner, the brewery’s “lord of the yeast” (read head brewer) says THAT brews classic beers. “You can sit down and drink several of our beers – they don’t have a real high-alcohol content,” he says. “They are big in flavor, well-balanced and easy drinking.”

If that piques your interest, check out the hours, location, and current brews available from THAT Brewery in Cottonwood.

We have Sedona covered and Arizona in general, be sure to check out our map showing where in Arizona you will find THAT beer.