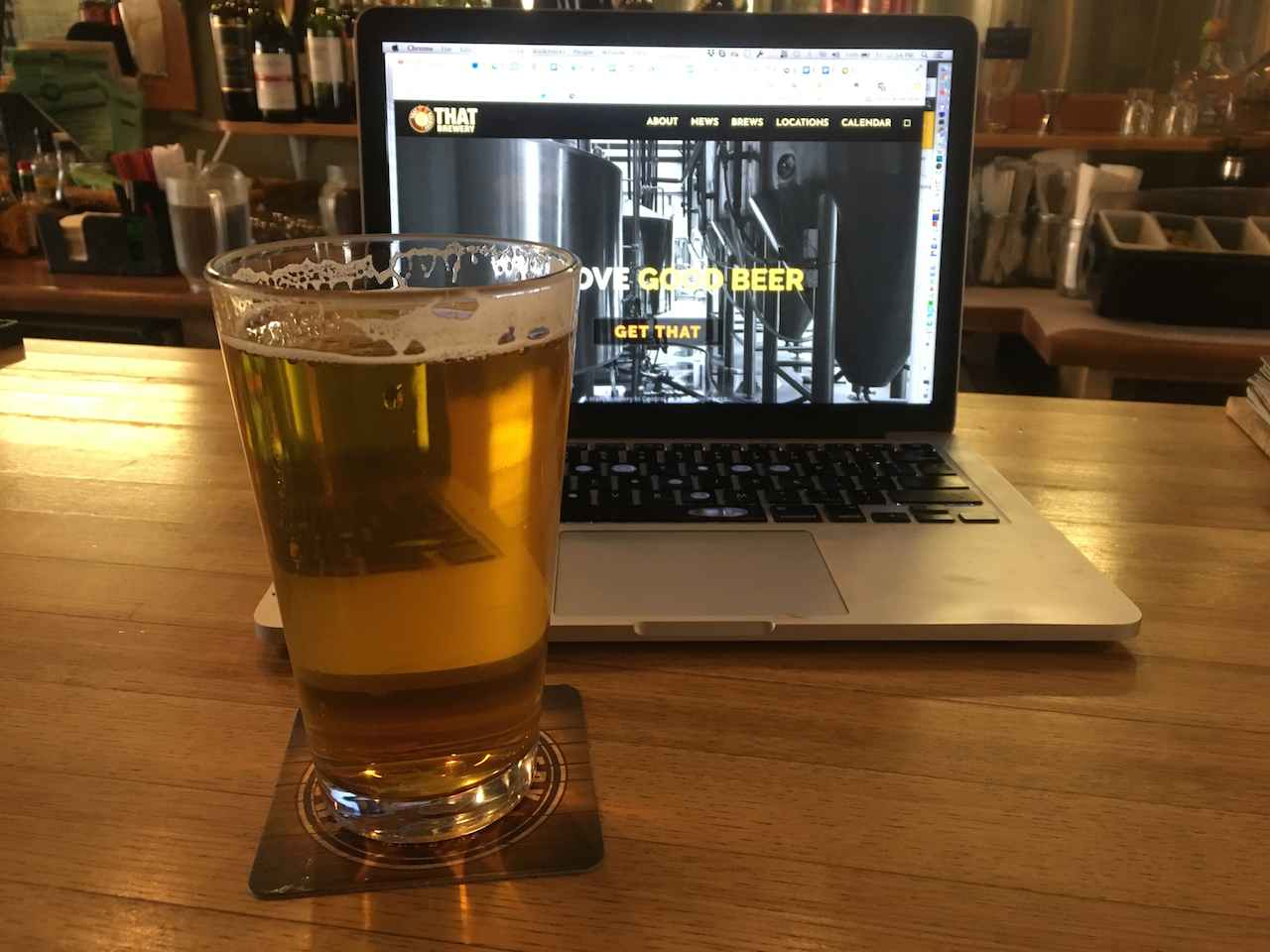 I’m here at THAT Brewery in Pine because it’s Friday, time for me to be blogging at the bar. But where is the snow? A few flurries were falling as I came down Highway 87 from Strawberry, and by the time I parked at the brewery, the sun was out.

While the weather might disappoint, a THAT Strawberry Blonde, along with an elk burger and a cup of clam chowder definitely does not disappoint.

Mike and Tom are here and already have polished off their fish basket. “It’s really really really good” is Tom’s detailed review. Kelly is offering a topper of another piece of fish. (“It’s chunky, the best in town” says someone else who demands to be anonymous).

My friends are enjoying several of their favorite, the Fossil Creek IPA which I admit is high on my list too. If not already, it is soon to be available in cans, joining the rest of the THAT canned lineup.

Of course Mike and Tom are talking about… trails:

We’re supporting THAT Brewery very much because they offer support the trails directly with money, the last few years, their support as a title sponsor Fire on the Rim bike race and sales of beer at the race has been over the last few years at a level of $6000 a year. That makes a lot of trail.

We’re here to talk about a project we are working to build a new web site based on the hiking and biking trails in Pine/Strawberry.

Okay, here is a sneak peak at the interactive trail map; you will be able to click any of them to get a full detailed map, description, data on each trail. It should be ready in a few weeks.

If you want to learn more about the local trail work or know when the site goes live, you can sign up for our email list by visiting http://tinyletter.com/pstrails.

You might think trail work is all these guys think about (that’s not true, listen to Tom sing in the podcast we did about Open Mic night at THAT Brewery) (Don’t forget, this Monday is the next one). Now they are deep in their phones comparing photos and maps of the trail. Trail geeks. 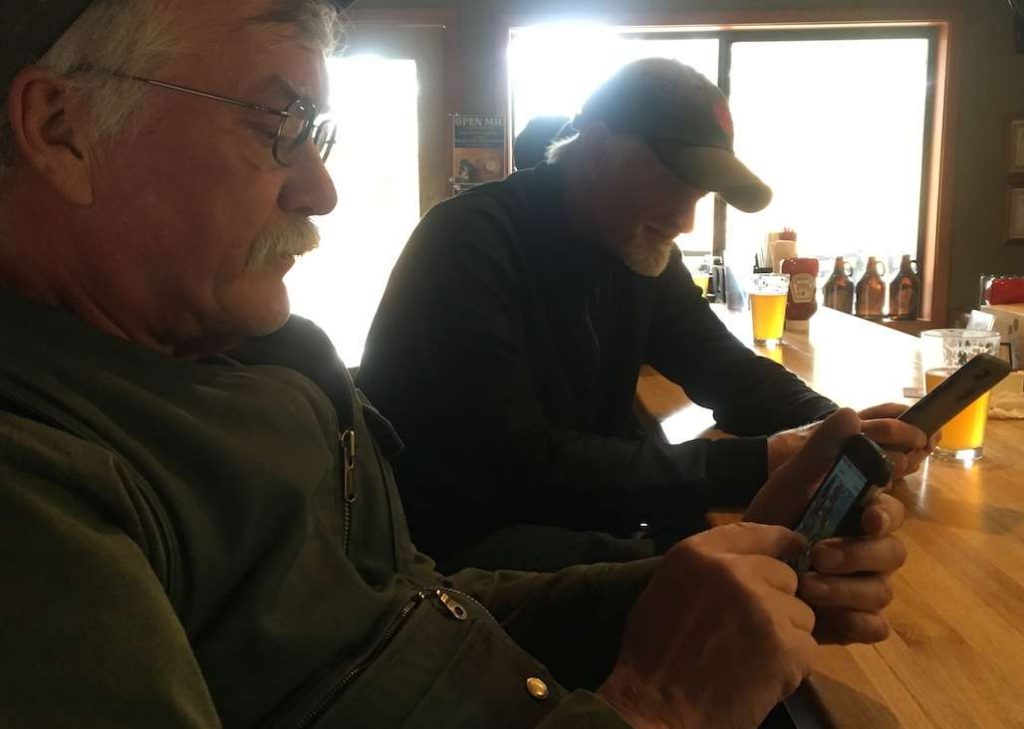 Meanwhile there’s a desperate yelling down at the bar, some dudes are hungry and desperate for beer. Kelly deftly sweeps in to get them food and beer. Then there’s a bunch of joyous singing of “Rawhide”, I’m a bit busy trying to write this and not quite clear what is going on.

It’s official snowing according to our beer tender. I’m looking out the window, it looks more like rain. One can hope.

But my beer is getting emptier, and that juicy elk burger just vanished. And the snow looks real. Finally, December weather is coming to Rim Country in later February. Better late than never.

I’ll be back for lunch in March. And April. And May. Because THAT is where it’s at.

THAT Lunch for Last Friday in January 2018