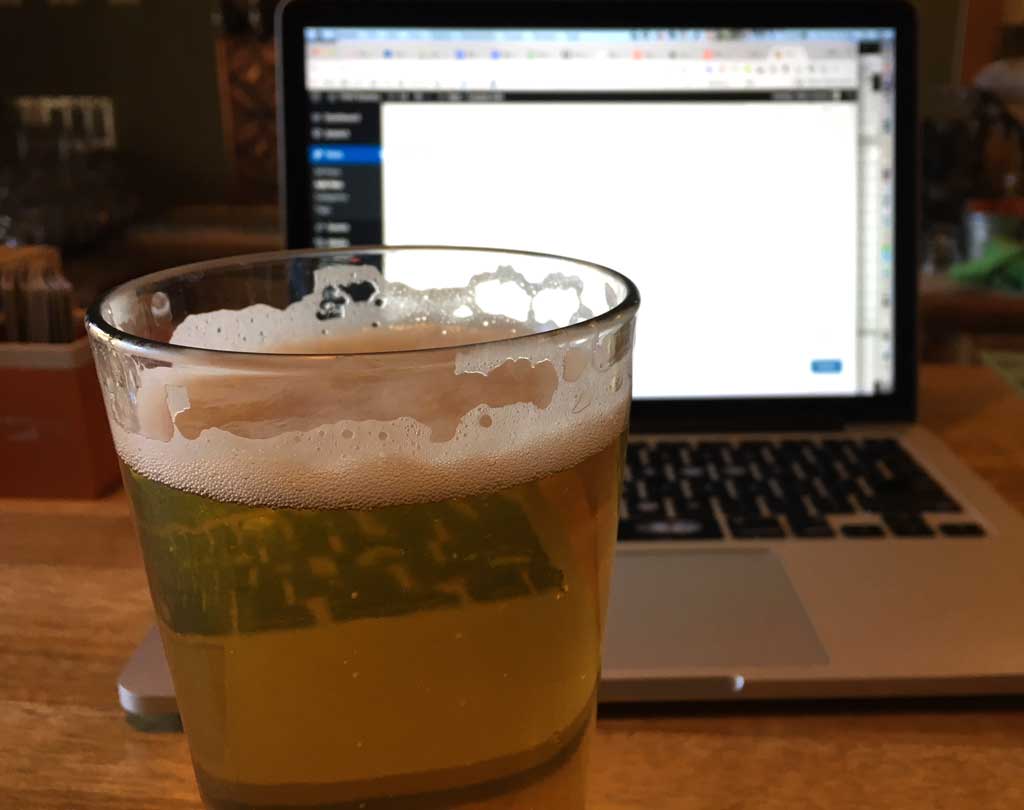 I have a good reason, as a guy I have known since 9th grade Biology Class in Baltimore. Kevin has been here to the brewery before (as I bring all visitors here), but this is his first experience Blogging at the Bar (to be honest, it’s my second).

According to Kevin, “When it’s important to know how far removed you are from GMT (that’s the time in the U.K.) so you can watch the Everton vs Liverpool Derby .. it’s a great day.”

I was encouraged to look up “derby” in Wikipedia. Yup.

Games between two rivals of close geographical proximity are usually called a local derby, or simply just derby; a sporting fixture between two teams from the same town, city or region, particularly in association football. The phrase most likely originated from The Derby, a horse race in England, founded by the 12th Earl of Derby in 1780, since at least as early as 1840 ‘derby’ has been used as a noun in English to denote any kind of sporting contest.

Okay, that means Kevin is a huge soccer fan (“his” team is Liverpool). To say the least. And they were able to find the right channel to get the game on.

What is it about soccer?

“Sports enthusiasts will say this about the sports they admire most, but no sport better than soccer imitates life.”

While Kevin is philosophising, I am drinking my new favorite, the Fossil Creek IPA. He’s ordered a Arizona Trail Ale, a good choice because 5% of his beer goes to supporting the Arizona Trail.

He says the trail ale is “a good mid-day beer, not too heavy, not leaving me for wanting more.”

Enough of that, we got food. Kevin has ordered by favorite appetizer, the pickle spears. He’s curious how they get it so crispy. “Magic” someones says. Maybe me. 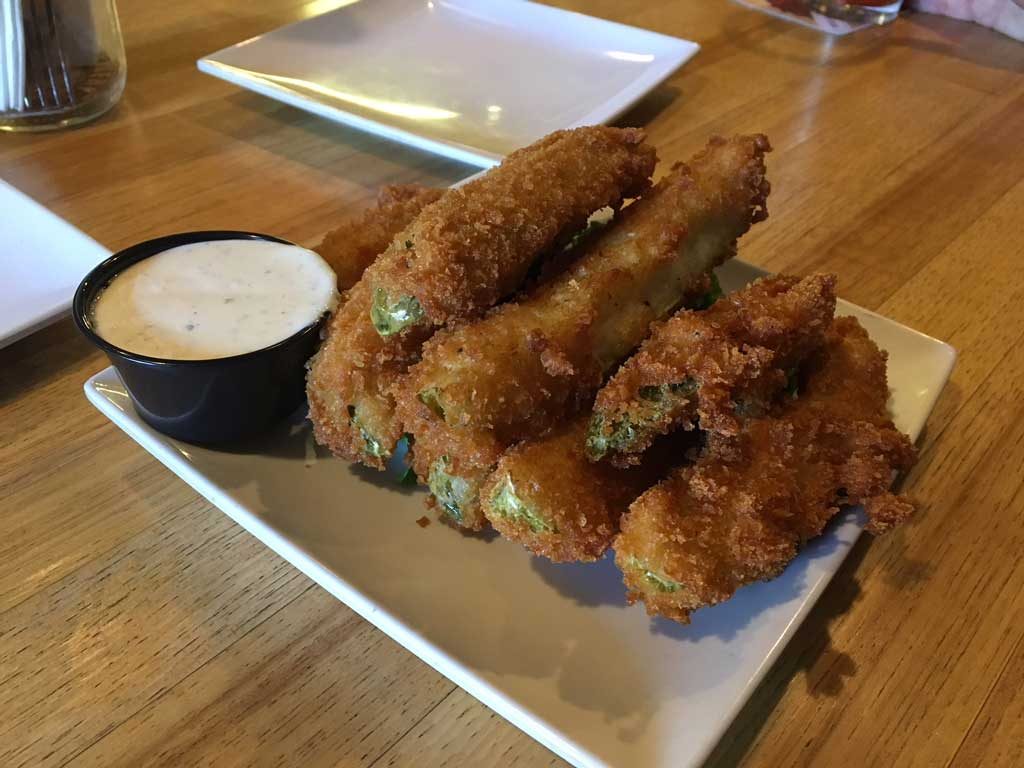 He’s having a bowl of the chili. What do you think? “Chili is great. Hot.” 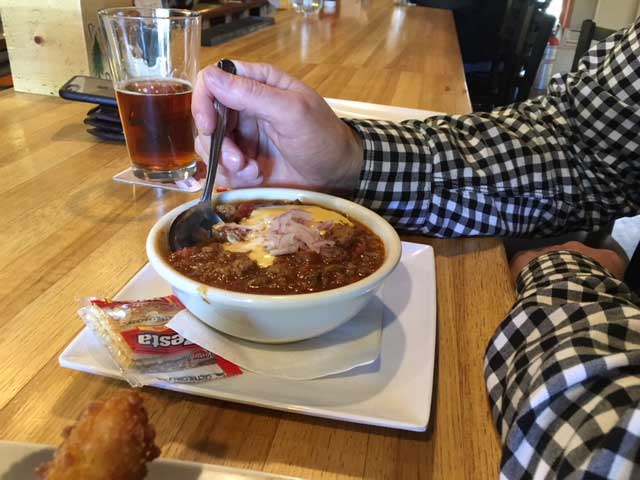 I think he’s watching soccer and not paying attention to this serious interview.

I went for today’s special the fish basket. Oh yum, it’s so light on the inside and crunchy on the outside. That’s a come backer. 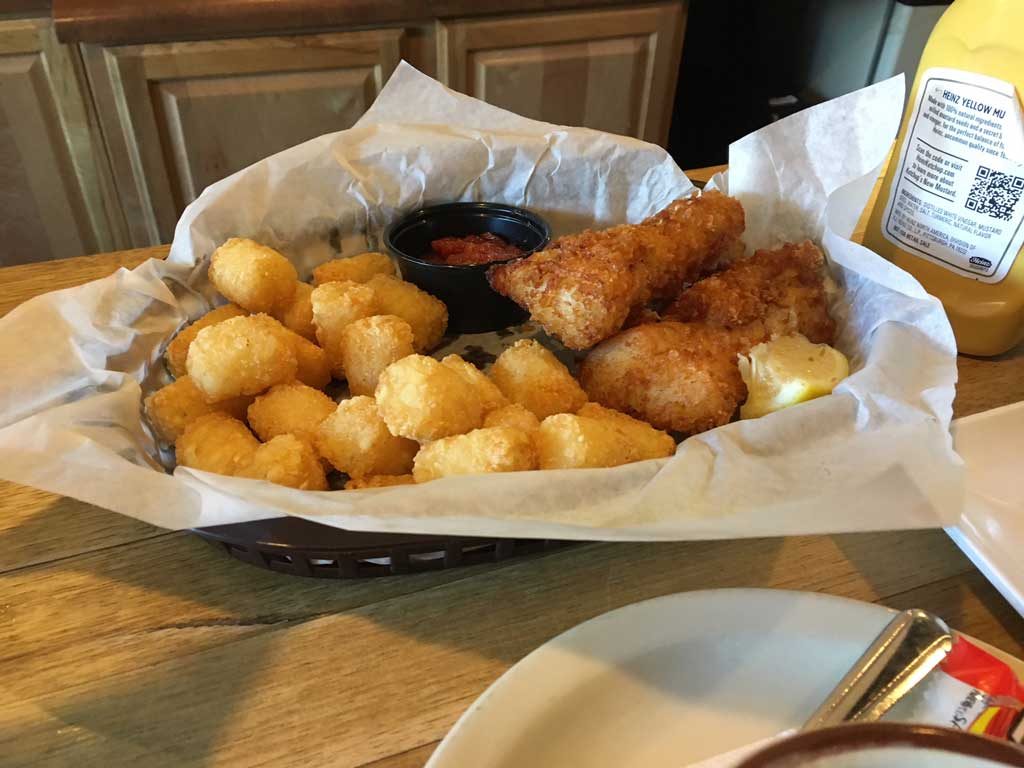 It seems moderately busy today, and a fair number of folks enjoying the 70 degree weather to sit outside. It’s snowing in Florida all the way up the east coast, and we are swimming in sunshine.

I tried to get Kelly to tell me what’s been going on around here. All I got was something about a papercut. Oh no, wait, she just showed off the new gray THAT sweatshirts in stock. They have a whole new line of new t-shirts, I think I am due one. Or twelve. 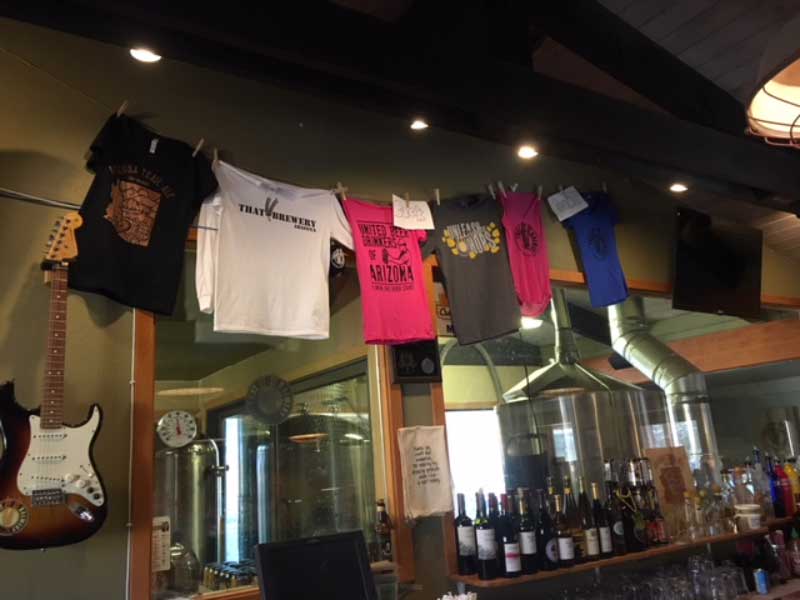 Well the game has started, 3 minutes in, and Liverpool and Everton are … well playing soccer. I probably lost my friend for a while. But at least I have access to the last pickle and the rest of my Fossil Creek IPA.

I hope to be back every two weeks, so if you see a guy with the laptop at the bar, typing away, come up and say hello. I might blog what you say.